Thinking of moving to Japan for a fresh start? Our career advisors Brian and Rhys have a lot to say about the gap between expectations and reality. Here are some things everyone should know.

No time to watch? Here are our key takeaways about moving to Japan, including some myth-busting!

Have a plan before you move to Japan

One of the biggest mistakes you can make is moving to Japan with little preparation. You need to think forward about the steps you need to take to achieve your goals, especially if you want a job.

“They think ‘I wanna get a job’ and they think they’re going to get it right away, or quickly, or without much work to it. It takes on average 17 weeks from the time you apply, to the time you start working.”

You also shouldn’t see moving to Japan as an escape – you won’t receive special treatment.

“Some people come to Japan to escape something. They think rules don’t apply, because they have escaped the thing they were trying to escape from overseas. Whether that’s an economic situation, or a family, or a relationship. They’re here and they don’t think that this whole other set of rules apply.”

You can move to Japan all year round, but if you’re expecting to earn money fast, stick to early spring.

“When you’re from overseas, you might be applying all year round. In Japan most people are applying in this sort of February to April window, which is where we fill the majority of our positions.”

Before moving to Japan, do some research around when you’ll be arriving during the year.

Ask us for advice about moving to Japan

LJC are a leading recruitment agency in Japan, and we can help you with some of the processes.

“We try to make it easier by giving you advice and counselling along the way. But, the person looking for a job still has to apply, they still have to supply certain evidence or paperwork.”

However, you’ll still need to provide your legal documents, and do all the applying yourself.

“What we do is try to help you navigate through the formulas, tradition and red tape in the job world. You have to have those other parts together to be successful in that 17 week window to get a job.”

We can also tell you about cultural differences in Japan, and useful info for foreigners.

Have the right paperwork and references

If you’re moving to Japan, don’t expect to have an easy time without the right legal documents.

“I was working in Sendai and a guy came in, I needed to hire him and start work right away. I asked him for his passport so I could get a copy of it for his file, and I saw that his visa had expired.”

We also see a lot of people who haven’t prepared references, so try to get these sorted out.

“You’ve got to know somebody and you’ve got to ask them if they’ll be your reference. It doesn’t mean anything financially, they just need somebody to say ‘yeah, this is a good person’. It can be a teacher, a former boss, or a pastor or priest at their church. As long as it’s someone who’s not family.”

Also, don’t forget about practical things like changing your driving license in Japan. 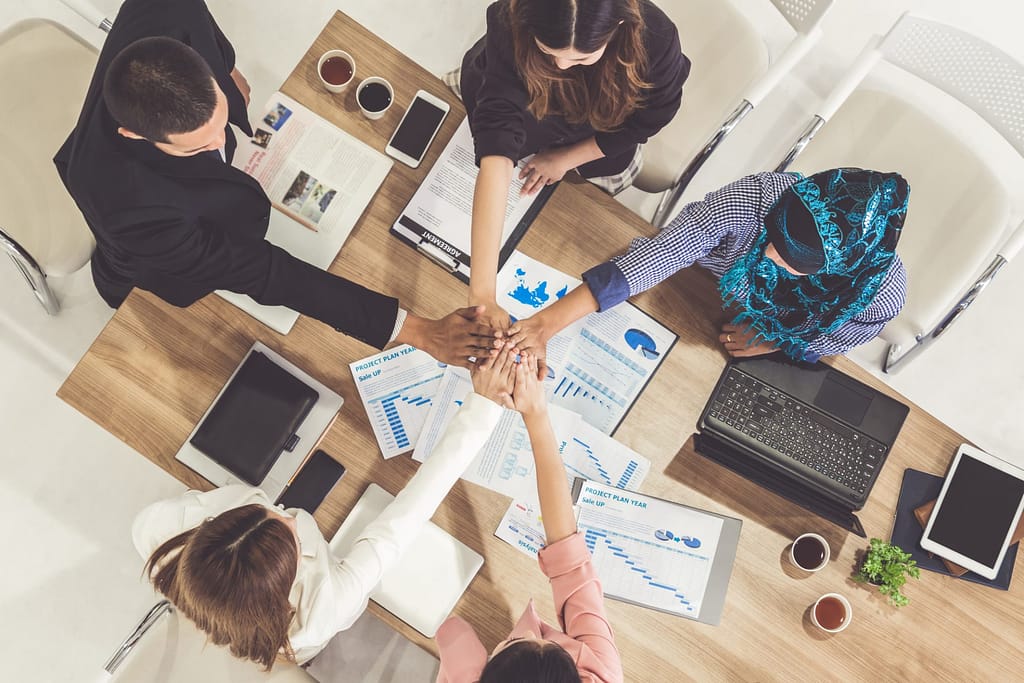 Be prepared for cultural differences in Japan

When moving to Japan, expect things to be different to how things are done at home.

“Everything in Australia is very relaxed compared to Japan. When I came to Japan, maybe I brought over some cultural vibes, I thought things would be fine if I just coasted, and that they’d pull it up with me if it was an issue. But they don’t. Sometimes they do, like if it’s your pension or your taxes.”

There’s often more red tape and tradition, especially if you’re looking to get a job or work here.

People may think ‘what is the purpose of this’. In a Japanese business guise, you’ll have meetings all the damn time just to have meetings. Pre-meetings, meetings about meetings!”

Read our candidate testimonials for some real-life stories about moving to Japan.

Forget stereotypes – that’s not the reality of Japan

“Everyone has the best of intentions and they have a romantic idea of what Japan is going to be, but it’s not reality. There is that high tech, decor trucks and screaming cheerleader stuff.

There is that, but that’s not the real thing of living here.”

If you’re thinking about moving to Japan, talk to other foreigners who have moved here first. Japan is not just a high-tech metropolis, and its rural areas are very different indeed. Our blog section offers some honest guides on what to expect, including topics on cultural differences and day-to-day life.

Don’t go to Tokyo or Osaka for your first job

“In the beginning, everyone wants to go to Tokyo or Osaka. These are relatively expensive parts of Japan. But, if you go to the areas that are just out of the cities, not only is the compensation higher because you’re expected to drive and it’s a more out-there place, but the rent is cheaper. You’re going to find a better quality of living out there, and it’ll be easier to come to Tokyo in a couple of years.”

“You’re actually not going to have to go to Tokyo very much, not just because of the coronavirus. The nature of companies themselves is changing. If you want a career change after being an ALT, you’ll be in a good, cheap position for your living, and able to do remote work and have a nice lifestyle.”

When first moving to Japan, consider places outside of the obvious. It’s better to live comfortably for a couple of years, then relocate to a bigger city when you have more money and experience.

“If I was coming out here again, I would take one of the semi-rural positions. Nagano is only a couple of hours away from Tokyo. Because the world is going towards being more remote, if you’re living somewhere outside of Tokyo where the rent is cheaper, you’re going to save more money.”

We can advise which locations are best for you. Or check out our location guides on the blog.

Consider a career in education or childcare

One of the most popular careers for people moving to Japan is teaching English as an ALT (Assistant Language Teacher). There are also many childcare jobs available for teaching younger children.

“Teaching toddlers in an emotionally rewarding role, you’ll need some experience teaching very young kids. It’s a really fun position and if you love kids. The salary isn’t too bad either.”

Interested in IT and tech positions? These have great salaries, but jobs are very hard to qualify for. We can advise on whether you have the right amount of experience, or how to get it if not.

Get involved with parents and your community

If you choose to work in a school, expect to get involved with out-of-hours clubs and activities too. By moving to Japan, you’re gaining the opportunity to integrate into your community and act as an advocate for yourself. You might be teaching kids who move to your home country one day.

“It’s about being friendly with the parents, no matter how good you are with the kids, you’re never going to get to that top level.”

To be successful in an education career in Japan, you’ll also need to communicate with the wider community. Rhys’ Japanese got better because he had to talk to Japanese children and their parents.

It’s fine for English to be your second language

If you’re teaching English in Japan, it doesn’t matter where you are from. You don’t need to be from an English speaking country to teach. If it’s your second language, it can work to your advantage.

“They have a really strong foreign community and they don’t mind non-native staff. If you can speak English fluently, we don’t mind, we have teachers from Brazil, teachers from Ghana. It’s all about being child focused and giving them that international experience.”

“One of the best English teachers I met was from Holland. He spoke English perfectly, and could relate to the Japanese-speaking staff more and know what they were going through.”

Obviously, learning Japanese to a fluent level will help immensely when moving to Japan.

Focus on your lifestyle, rather than prestige

If you’re moving to Japan, don’t expect to be paid a huge amount of money. Be realistic about your salary expectations. Some people are very lucky, but most people will need to work their way up.

“Speaking from my own experience, I came over here with a bit of an ego. I was on the JET program and was like ‘well, why wouldn’t they pay me X amount of money after being on JET’ and it took me a while to realise that that’s a dream.

The reality is that even Japanese people don’t get that much money. It’s about lifestyle. Things like prestige – that’s just pride. It’s very hard to get that, although you might be lucky. You might be that guy that just lands in Google, IBM or Mitsubishi – great!

But, you need to understand that those guys are the exception to the rule. That doesn’t make you less, it just makes you you.”

Really rich and successful people in Japan often don’t have much time to relax, as they’ll be either working or resting. You need to decide what you want to prioritise – your time or your status.

Got any more questions about moving to Japan? Please get in touch with us for a chat!