Tipping Etiquette in Japan | Is Giving Tips in Japan Rude?

Tipping or gratuity is a custom ingrained in many Western cultures, whether for waiting staff, taxi drivers, hairdressers, luggage handlers, you name it. This is normally standardised at 15%, 10% for mediocre service and 20% for exceptional service.

While tipping is deemed as the norm (at least in our eyes), is this etiquette followed elsewhere? Is it considered rude to tip in Japan?

Whether you’re just in Japan on a holiday, or on a working holiday visa, the expectations can be much different to the reality – especially when it comes to tipping. Below serves as a rough guide on how to navigate the complex tipping etiquette in Japan – and when NOT to tip. 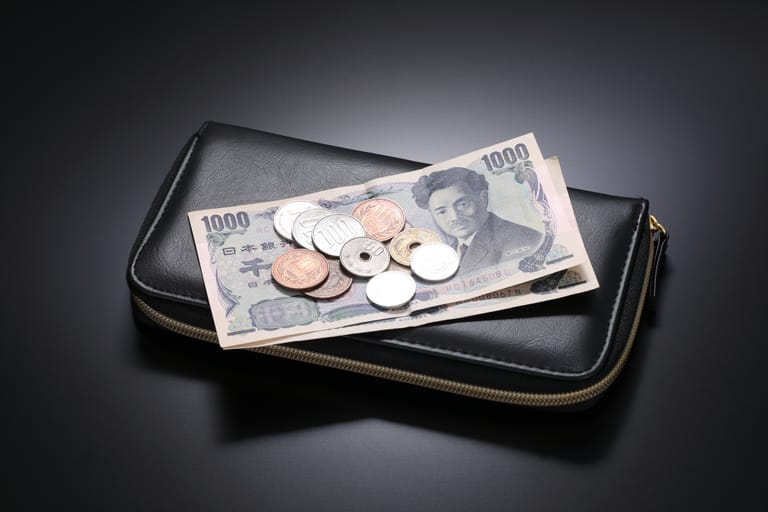 Is Tipping in Japan Rude?

Whether you’re out enjoying the rich drinking culture of Japan, or considering going out on a date and don’t want to embarrass yourself, it’s vital you acquaint yourself with the tipping etiquette in Japan. Or be it, not tipping!

Why is Tipping in Japan Rude?

The reason why tipping can be seen as rude in Japan is because they value dignity and respect much more than tipping. The Japanese believe you are already paying for a good service, so there is no need to pay extra by tipping.

Japan is one of the very few countries in the world that offers a truly spectacular service without any strings attached. Tipping is not expected in Japan, as it would be in Western countries in which tipping is very much expected.

There are however some notable exceptions to this rule which we will discuss a bit further on.

When Not to Tip in Japan

Tipping will not only be refused in most situations, but can be taken as rude. So it’s important to understand when it’s okay, and when it’s not okay to tip, to avoid any awkward moments.

Here are the situations in which you will definitely want to avoid tipping.

The one place you should definitely NOT tip in is restaurants. The majority of waiters and other restaurant staff would see tipping as not only unnecessary, but quite insulting!

We know it may be difficult, especially when thinking about what you would do back home, but tipping is seen as rude in restaurants and should be avoided.

If you want to show your respect, simply say thank you – or arigato gozaimasu!

The same can be said for taxi drivers, it is not expected to tip your chauffeurs in Japan. While in other countries, especially the USA and the UK, tipping is not only appreciated but expected – in Japan the opposite is true.

A polite thank you will do just fine.

Staff in hotels and spas do not expect tips, if you do your tip may or may not be refused. Don’t be offended if your tip is refused, it is simply a part of Japanese culture.

If you absolutely have to tip then put the money in an envelope and leave it behind in your room. You want to 100% avoid personally handing a tip to a member of staff, as this may be considered rude. 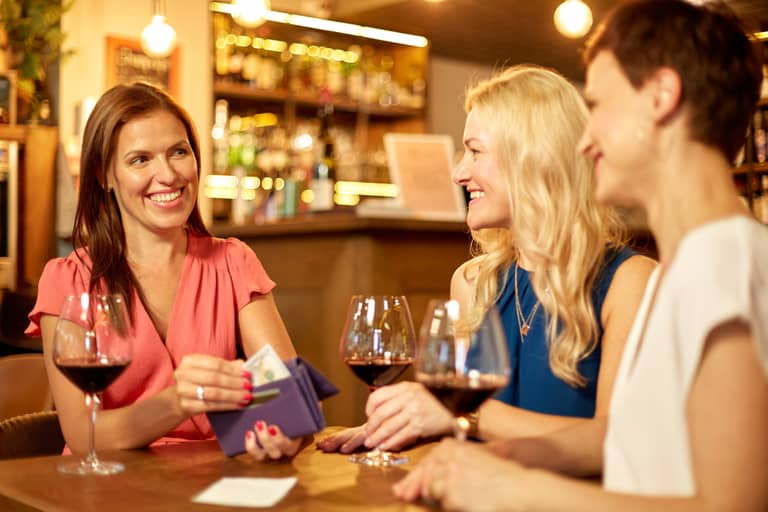 When Giving Tips in Japan is Acceptable

While for the most part, tipping is a big no-no in Japan – there are a few exceptions!

Here are the situations in which tipping is not necessarily customary, but in the very least appreciated.

One of the situations in which tipping isn’t seen as rude is when tipping Japanese tourist companies. They are accustomed to tipping and may be appreciative to see a small gratuity. However, if you do want to tip, follow proper tipping etiquette.

Place the money in an envelope, place the envelope in both hands presented forwards and your head tilted down. There is also no set amount of money you should tip, so just tip whatever feels right to you at the time.

Tipping private guides and interpreters is much like tipping Japanese tourist companies, while it’s not expected it will most likely be a grateful sight.

The reason why private guides are more accustomed to receiving tips is because they are dealing with tourists, with an influx from countries such as the USA and the UK. The majority of these tourists may not know the Japanese tipping etiquette, so over time tipping private guides has become not just tolerated but in most cases appreciated.

If you’re unsure how much to give, always go with your gut. If it feels right, it most likely is. The other option is to provide them with a small gift from your home country, however, this of course requires forward planning.

Again, if you’re considering tipping, please follow the proper tipping etiquette in Japan. We have gone into more detail on how to do this below.

A ryokan is a Japanese style inn, and offers many communal areas in which you can explore the rich culture of Japan. In fact, ryokans are one of the few places in Japan that is acceptable.

If you’ve had an exceptional stay you may feel it’s necessary to leave a tip – which in a ryokan is fine. You can either tip specific members of staff such as the okami (the ryokan’s owner) or your nakai-san (your room attendant) for example.

You can also leave a tip on the bed as you leave, again, following the correct tipping etiquette in Japan.

One of the other most common situations in which to tip is when meeting a geisha. This is an enriching experience in which the geisha acts as a hostess and as a performance artist.

If you are lucky enough to experience a meal for one, a private dinner with a geisha this is what to expect. She will dance, play music and even teach you how to play Japanese games.

When the meal starts she will pour your drink and announce a toast. This is when you will present her with an envelope with a tip inside. You can decide how much you will tip, but the average is about ¥3,000 per person. 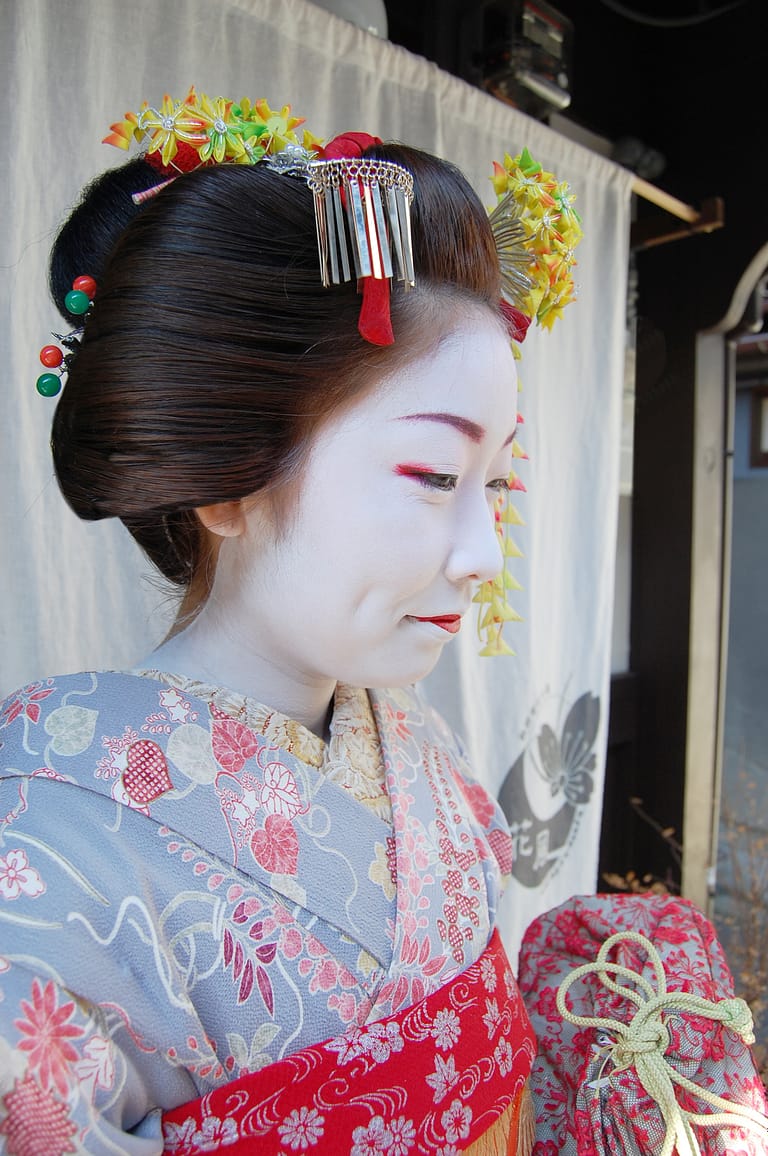 Tipping Etiquette: How to Give a Tip the Right Way

While tipping in Japan is very much uncommon, in certain situations there is a right way to tip. While in Western countries simply drawing a sum of money out of your wallet would be the norm, in Japan you would be met with wide eyes.

The best way to tip (as previously mentioned) is to place the money into an envelope. This can then be left behind in hotel rooms for example, to avoid giving the tip to an individual.

In the event that you don’t have an envelope, and you don’t have time to nip to the nearest convenience store – wrapping the tip in a clean piece of paper will suffice.

We hope our guide to tipping etiquette in Japan and when not to tip will help you. Any more questions about tipping in Japan? Get in touch with us!